This is part two of a series on letter-writing in literature. 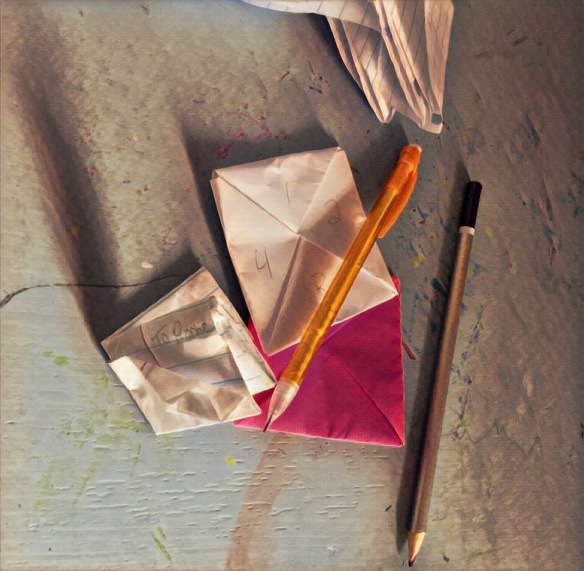 The days of passing paper notes in school are fading from our culture. When I was in high school over twenty years ago, we used notebook paper and created elaborate folds, code words, and nicknames. We knew where to pass notes between classes, when to pass them during class, and even who could be trusted to pass a note without reading it. Now, most students simply send texts and emails to one another with their phones.

In her novel, The Mosquito Hours, Melissa Corliss DeLorenzo reminds the reader about these changes in communications and letter writing. The epistolary novel doesn’t have to be a book about letters mailed and received through the post office. DeLorenzo shows how friends write notes in school, and she shares the correspondence between best friends Vivian and Raine in high school. DeLorenzo allows the reader to see Vivian and Raine’s code words. This reveals the slang and cultural trends, but it also makes the reader feel intimately involved in the relationship between the friends. Showing the letters expresses their relationship in a way that we wouldn’t have understood without the notes. We can see Vivian as a high school girl, even though she is a young grandmother during the current time of the story. The notes act as flashbacks to reveal a different time in her life. Thus, the notes show us their relationship rather than a character telling the reader about their past.

To read more about The Mosquito Hours by Melissa Corliss DeLorenzo, a novel suggested as a Best Summer Reads of 2014 on OnPoint Radio, visit www.thorncraftpublishing.com

Next week, I’ll continue writing about letter-writing in literature. See last week’s post on the Confessional Letter for part one.